After years of paying child support directly to your former spouse, it would not be beyond the realm of reason to believe that you will stop paying the other parent and simply pay for the child’s personal expenses while they are away at college. As discussed by the Appellate Division in last year’s division of Colella v. Colella, however, you may be wrong. 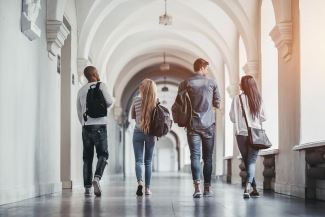 Let’s talk about what happened in Colella. Here are the facts you need to know:

In reversing the trial court, the Appellate Division noted from Jacoby that a "child's attendance at college is a change in circumstances warranting review of the child support amount. However, there is no presumption that a child's required financial support lessens because he or she attends college." It further provided, "[t]he payment of college costs differs from the payment of child support for a college student." Delving further into its analysis, the Court noted:

Although child support needs lessen in certain respects, such as room and board, which are college costs, other necessary expenses may remain the same or actually increase when a child goes to college. These necessary expenses typically include: transportation, furniture, clothing, linens and bedding, telephone, supplies, sundries, toiletries, insurance, entertainment, and spending money. The student's ability to contribute to those expenses must also be considered.

We have also recognized "the possible continued need to maintain a residence for a child who returns home from college during school breaks and vacations."

Because child support determinations in this context are fact-sensitive, "courts faced with the question of setting child support for college students living away from home must assess all applicable facts and circumstances, weighing the factors set forth in N.J.S.A. 2A:34-23(a)."

As a result, the Appellate Court found the trial court erred by failing to consider expenses paid by Mom and by not properly analyzing the following factors under New Jersey’s child support statute:

(2) Standard of living and economic circumstances of each parent;

(3) All sources of income and assets of each parent;

(5) Need and capacity of the child for education, including higher education;

(6) Age and health of the child and each parent;

(7) Income, assets and earning ability of the child;

(8) Responsibility of the parents for the court-ordered support of others;

(9) Reasonable debts and liabilities of each child and parent; and

(10) Any other factors the court may deem relevant.

On remand, the trial court was tasked with performing a fact-based analysis under the statutory factors, since some expenses may, but not definitely change while a child is away at college. As part of its analysis, the trial court was directed to consider “the costs associated with maintaining a residence for [the child] during school breaks and vacations” and such costs when the child was away at college.

The case is important to both practitioners and litigants in how it emphasizes the fact-sensitive nature associated with determining whether a parent still has a child support obligation to the other parent when a child goes away to college. Simply because the child’s personal expenses are paid by that same parent does not mean there will no longer exist a direct obligation to the other parent, especially if the child frequently returns home or stays at home for extended periods of time during college.